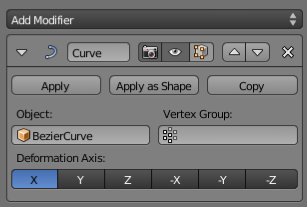 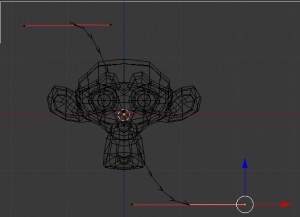 Assign the Bezier curve to the Curve modifier (for Monkey) 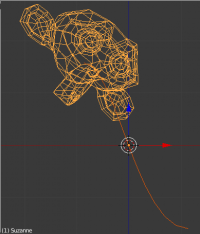