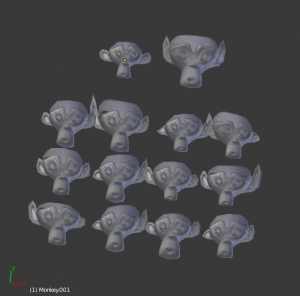 12 Monkeys generated from the first two shown above.

This script creates new meshes based on two existing meshes, objects or shape keys. If two meshes are considered A and B whose equivalent vertices are ordered the same. Then for each vertex a range is considered from 0 to 1, where a value of zero would give a vertex from mesh A and a value of 1 would give the equivalent vertex from mesh B. New meshes are created by calculating positions defined by this range for each vertex. The calculation of position in this range for each vertex is given;

all constants k are user defined and have a random range centred on the value. There is also a random value for each vertex individually.

A number of new mesh objects can be created as a group.

A number of output options are available to create the new meshes as objects or shape keys. 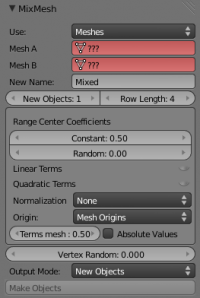 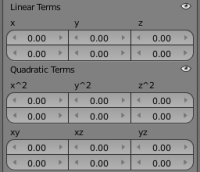 Can be installed by putting the python file in the folder blender/2.63/scripts/addons