The exporter is part of the Blender contrib repository

Here is the link to download the Exporter compatible with Blender 2.63 and upwards:
http://git.blender.org/gitweb/gitweb.cgi/blender-addons-contrib.git/blob_plain/HEAD:/io_export_marmalade.py

Copy it into your install directory, example: C:\Program Files\Blender Foundation\Blender\2.63\scripts\addons

Fixes:
- Rest pose was wrong (it was the first Pose Frame, so export was wrong when Animation was not started by the Rest pose)
- Rotation is now applied before export (scale was already applied)
- Clamp material exported colors to 255
- Skin export: Exclude VertexGroup that doesn't match any Bone Name.

The Marmalade Exporter intends to simplify the mobile development from Blender. It allows to export artist asset in native Marmalade files.
The exporter will create a group file that is usually located in the data folder of the application. It creates the .geo and .mtl .skel .skin file in the Models sub directories , and the .anim files in the anims subdirectories. Texture file are automatically unpack and copied into the Models\textures directory.
It allows to export multiple animations for one skeleton.

The Z and Y axis are automatically swapped by the export (Z up in Blender, Y up in Marmalade)

To install the most recent version of the script:

Select File > Export > Marmalade cross-platform Apps (.group)) to enter the exporter. From there, check the options you wish to use for export, choose a file path, and then click Export Marmalade.

Here is a brief description of the options: 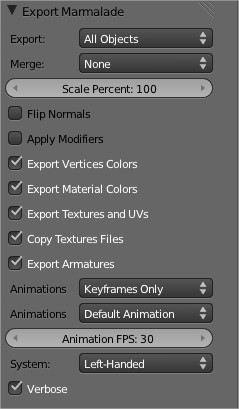 you should have one mesh for you character, textured, with one Armature, and animation. The Armature should have only one Root bone. Do not use the Merge option, the armature and Model will be exported in Model space. 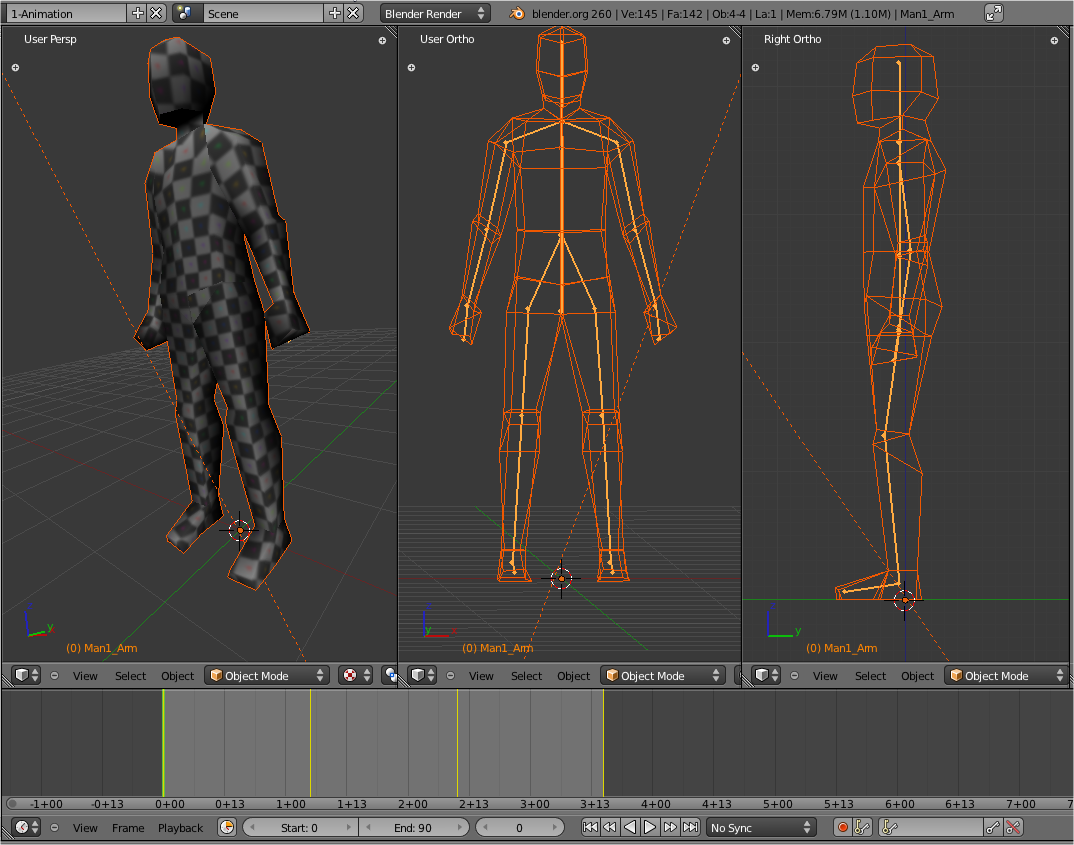 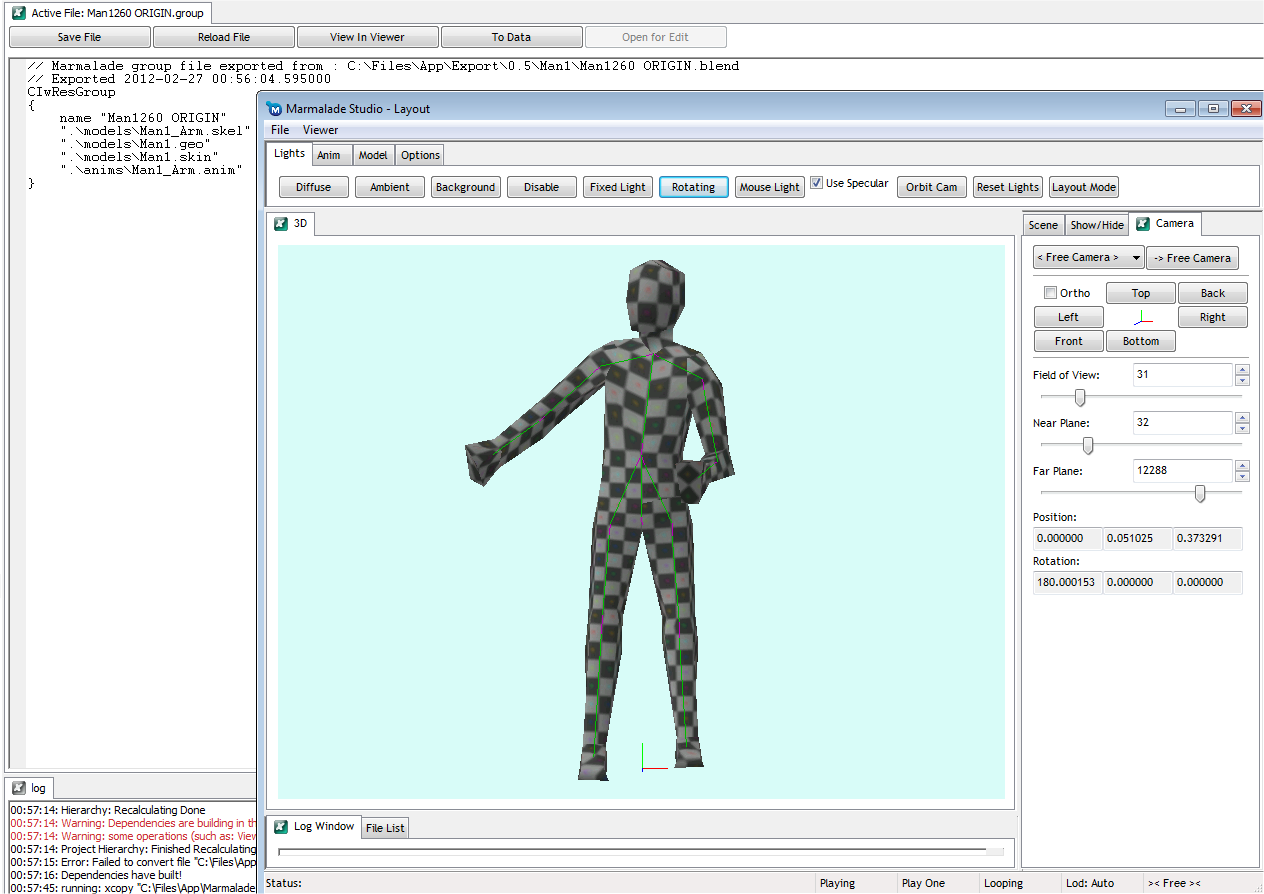 The background of your scene is often made of several meshes, where you need to export in World coordinates to keep relative distances between each piece of the scene. So here you have to use the Merge option to generate one geo file for the whole scene in world coordinate. In World space you might need to reduce the scale factor in the Export Option
(the vaults.blend has been exported in 10% with Merge option set) 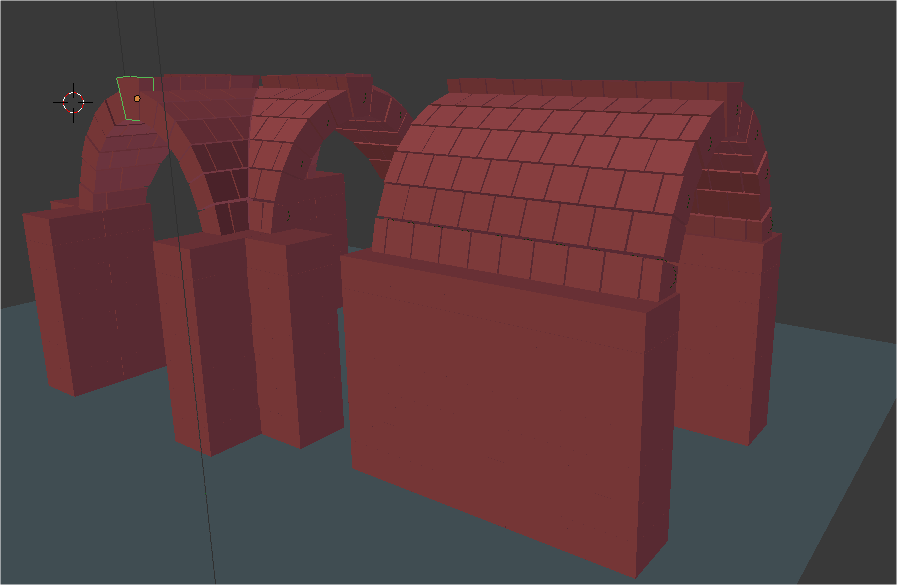 Use Merge option to export a scene background. 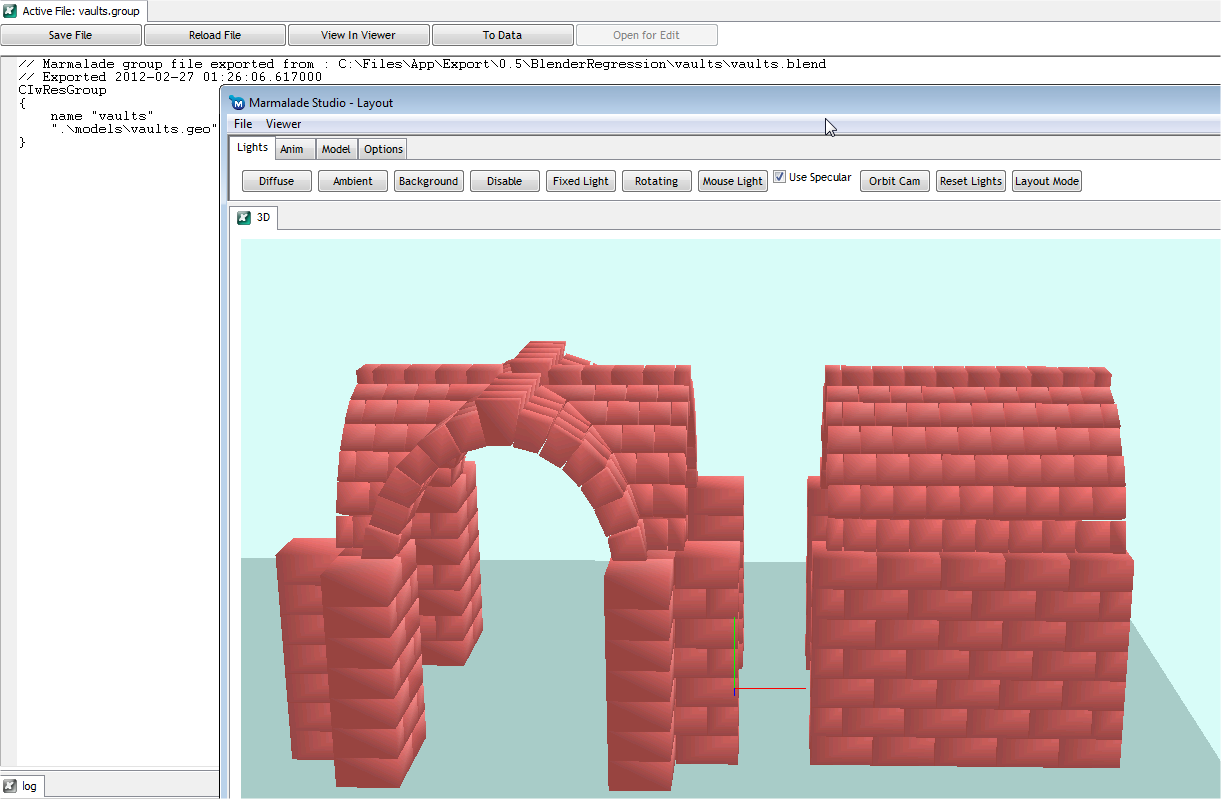 - no world file are currently generated

- coordinates are Model space, except if you use the Merge option that export in world space

- single bone animation are not 'yet' managed

- UV0 are managed, UV1 are not manged (However should not be complex, if someone has a Blend sample file with UV0 and UV1)