The addon is in the official version of Blender. In the menu choose File, then User Preferences ... and switch to Addons on the top. Search for the Atomic Blender - PDB script and activate it. If the script shall be present after each start of Blender choose Save As Default.

The addon can be discussed in this forum: http://blenderartists.org/forum/showthread.php?235003-Atomic-Blender-for-loading-PDB-files-into-Blender-2.5

Play around with these PDB files: PDB files

Semiconducting silicon-tin alloy nanocrystals as a solution to extend the absorption range of the solar spectrum to longer wavelengths via bandgap engineering (Mickael Lozac'h, Link to publication). 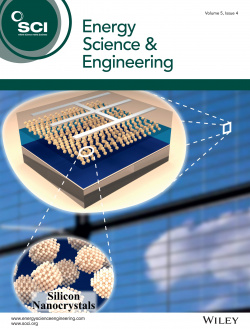 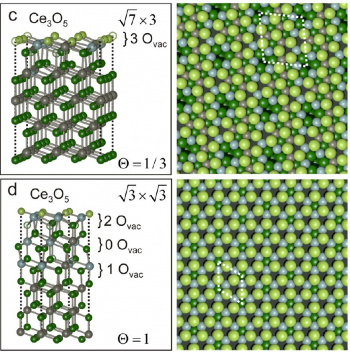 The surface of reduced ceria: the detailed atomic structure revealed by nc-AFM and theory (Reinhard Olbrich and Clemens Barth, Link to publication).

This is indeed a highlight, a movie that has been done by the Femto-ST CNRS institute in Besançon (France) (Creator: Sébastien Coget, Researchers: Frank Palmino and Frederic Cherioux)! It demonstrates the combination of the Atomic Blender addons and Blender, and shows that very professional movies can be done for research by Blender. The movie was rendered with cycles. Other movies from the Femto-ST can be found here.

Here are some Cover Pictures and figures, which were produced with Blender and the Atomic Blender addons for high impact journals: 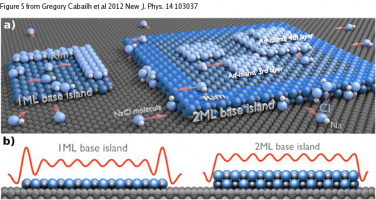 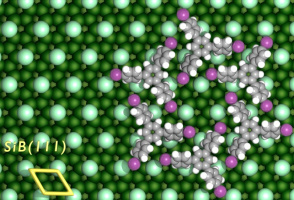 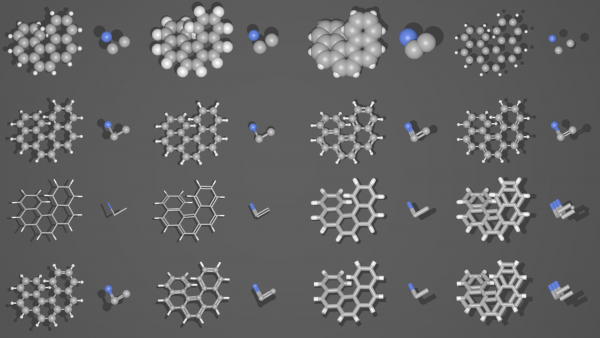 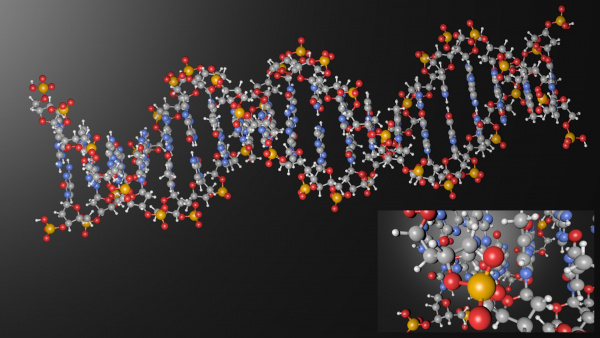 A DNA, as loaded. 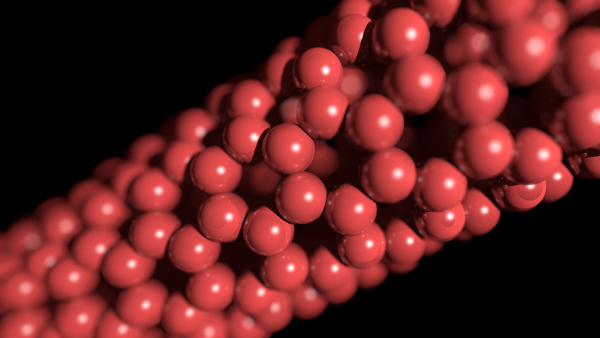 A carbon nanotube. The color and some material properties (hardness=150, reflection, etc.) have been changed after the loading of this structure. Furthermore, a defocus filter has been included. 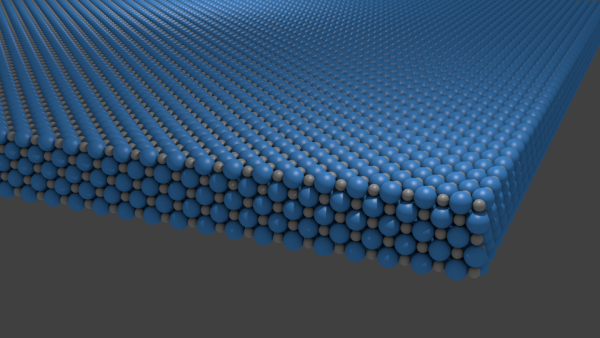 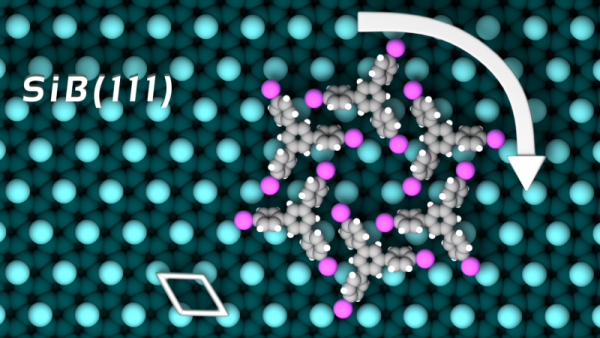 TBI molecule on a SiB surface. All materials changed, and then rendered using Cycles 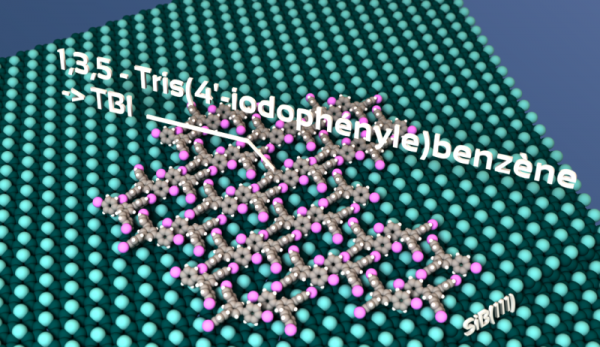 TBI network on a SiB surface. All materials changed, and then rendered using Cycles

What is it good for?

Using Atomic Blender is quite easy: 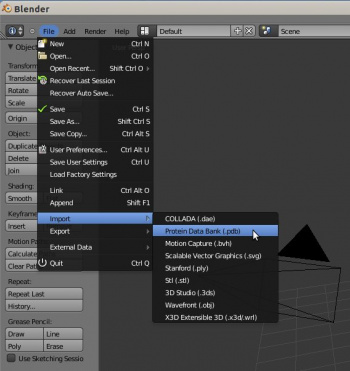 All distances and radii are in Angstrom and equal the units of Blender. 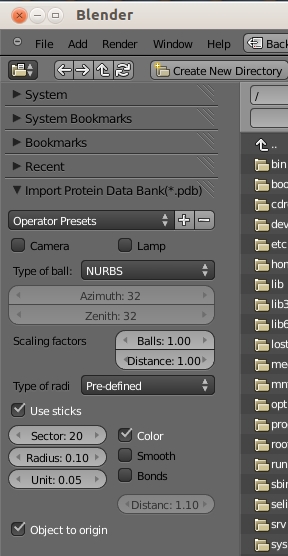 Operator Presets - This property is useful to store all the properties you can see below by a key that one can save as follows: First, choose your options by modifying the properties below. Then, go onto + and add a new key and go on okay. - The next time when you want to load a PDB structure, you can choose the key and all options are restored.

In order to activate the camera, choose the camera A_camera in the Outliner (top right of the Blender Window). Then go to the 3D View and choose in the menu: File » View » Cameras » Set Active Object as Camera.

Type of ball - The type of ball can be chosen, either 'NURBS' (default), 'Mesh' or 'Meta' balls. If 'Mesh' is chosen the number of sectors in azimuth and zenith directions can be chosen as well.

Scalling factors - The radii of all atoms and all distances can be scaled with the two scaling factors.

Use sticks - If this button is active the sticks are drawn, however, only if explicitly mentioned in the PDB file (via record type CONECT). The input 'Sector' can be used to choose the number of sectors for one stick, whereas option 'Smooth' makes the sticks more smooth. 'Unit' (in Angstrom) is the length of a unit of a stick. Such units are aligned, one after the other one, such that the stick is created. This is done due to a specific Blender 'trick' that makes the loading and rendering faster. The smaller the unit is the better is the length precision but the more vertices are drawn (makes loading longer). Input 'Radius' is the radius of a stick in Angstroms. If the Boolean 'Color' is crossed the sticks have the colours of the atoms (half-half). If 'Bonds' is active, double and triple bonds are shown by doubled or tripled sticks, respectively. The float property underneath can be used to choose the distance between the sticks in units stick diameter. If 'bonds' is not active only one single stick is shown.

Object to origin - Sometimes it may happen that structures in PDB files have an offset. If this button is active, the structure is put into the center of the scene.

When the structure is loaded it can be seen in the 3D View. The components of the structure are listed in the Outliner (top right in the Blender window). All atoms of one type form one group. 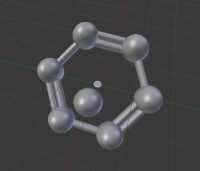 The center atom visible in the 3D scene of Blender 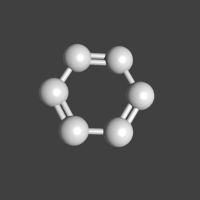 The center atom is not visible anymore in the rendered image

After the import of an atomic structure into the 3D scene of Blender, the atoms and sticks are visible but also an atom (ball) and stick (cylinder) in the center of the structure (left). The center ball and cylinder do not make sense, but they are very important: they are the representative objects of the dupliverts structures. They cannot be deleted or made invisble, they are always there. However, when rendering a picture these balls and cylinders disappear (right). So, after all they do not really disturb. 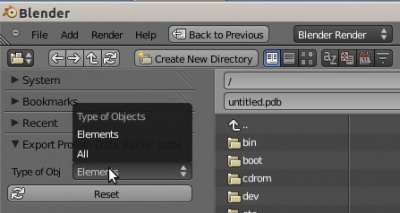 Export to PDB, either all or only atom objects

It is possible to export the x, y and z coordinates and names of the atoms or structures (objects) in a Blender scene into a PDB file. Go to: Menu -> File -> Export -> Protein Data Bank (.pdb). The objects can be 'normal' objects or dupliverts structures. They all must be selected and visible in the 3D Blender scene. In the file dialog, one can choose between 'Elements' or 'All'. Option 'Elements' means that only those objects or structures are exported, which contain the name of an element. If option 'All' is chosen, the coordinates of all marked objects and structures are exported. If the name does not contain a name of an element, a '?' is put into the PDB file.

Note: Converting all atoms of a dupliverts structure to real objects

Do the following: Select the whole structure (molecules, surface, or what ever) with the mouse. Go to objects Apply -> Make Dupliverts Real or just push Shift Control A. With this you produce real objects! In the outliner delete the remaining dupliverts, named like 'Carbon', 'Hydrogen', etc.