The main purpose of these meshes is usage in a renderer which requires an explicit modellation of the interface between two transparent regions (for example LuxRender). 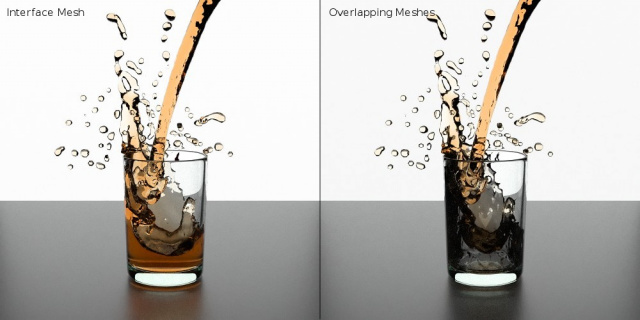 Unlike Blender's built in Boolean operations, the resulting meshes are not closed.

This simple example demonstrates the basic usage of the 'wetted mesh' operator. 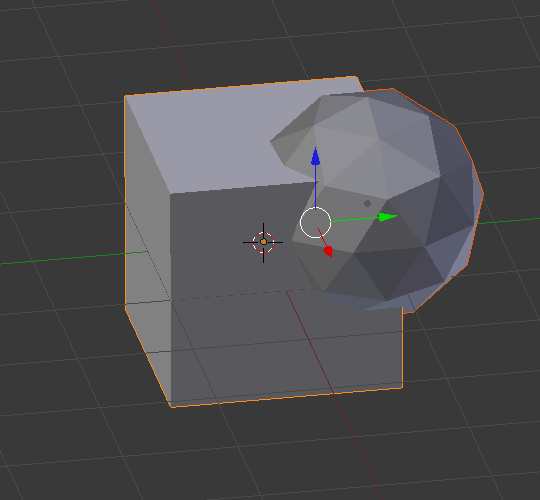 Start a new scene with a default cube, and insert an icosphere partly overlapping the cube. Deselect all, and select first the icosphere and then the cube.

Warning: 2.57b has buggy icosphere normals. Using this Blender version you need to fix up the normals for the icosphere or use an other mesh primitive. 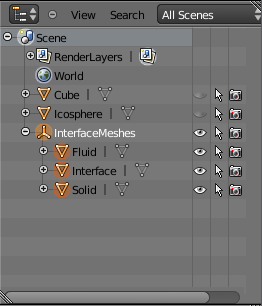 Perform the 'add interface mesh' operator from the object tool shelf. This results in three new meshes (fluid, interface, solid) which are parented by a grouping object (interface meshes) to keep them together and ease transforms. The 3D view does not change much, because all of the results lie on top of each other. 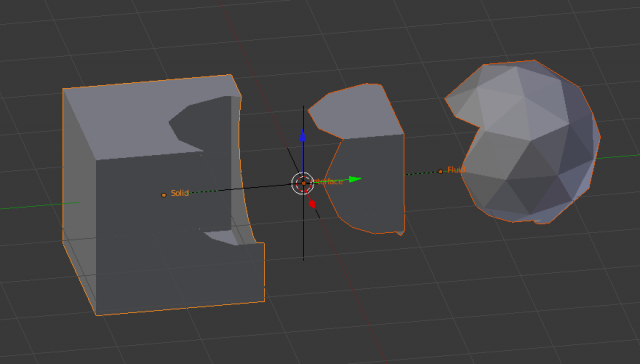 Hide or delete the original cube and icosphere, then separate the result meshes by moving them a bit or toggle visibility to take a look at the created meshes.

If this scene should be rendered using a solid cube, partly covered by the big drop of water modelled with the icosphere, these three meshes would be suitable as solid, interface and fluid mesh.