Mode: Any 3d View Mode, can only be applied when in Object Mode.

The Boolean Modifier performs operations on meshes that are otherwise too complex to achieve with few steps editing meshes manually, meaning you can achieve good results with little to no effort to make mesh operations like Unions, Differences and Intersections. The Boolean modifier uses one of three Boolean operations (Difference (negation), Union (conjunction), and Intersect (disjunction)) to create a single compound object out of two Mesh objects.

Fig. 1 - The Union, Intersection and Difference, between a Cube and a UV Sphere, with the modifier applied to the Sphere and using the cube as target.

The Boolean Modifier applies only for Mesh operations.

It performs one of the three Boolean Operations for the faces of open or closed Meshes that performs a complete closed topology in the faces it's being used. It means that this modifier will only work properly for the intersection of faces of the two meshes that will result in another closed loop of edges (filled with faces), creating a new resulting face topology.

You can add this Modifier either in any of the Blender Modes, including some other Modes of different Blender screens, but the results of the mesh operations will only be shown in the Object Mode of the 3D View Window.

Using the default Blender install, with the desired mesh Object selected, go to the Properties Window which is located at the right of your Blender Screen, below the Outliner. Click on the Modifiers Context, which is represented by a wrench (See Fig. 2 - The Boolean Modifier, the wrench is highlighted in Blue). Then, click on Add Modifier Button and Blender will show you a list of all of the available Modifiers. The Boolean Modifier is located on the third row in the Generate Column.

When you add the Boolean Modifier for an Object, Blender will need a second Object to Perform the Operation. You can use open or closed Meshes, as long as they have faces for calculations.

You can add one or more modifiers of this type for an Object but you can only apply one operation for the Boolean Modifier at a time. 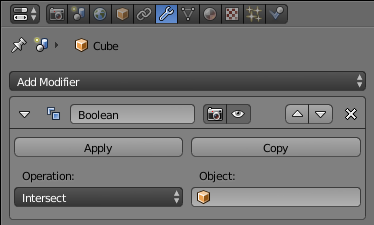 In this Input Box you can give your Modifier a name. Blender default is Boolean.

This Button applies the operation to the modified mesh and only works in the Object Mode of the 3D View Window. If you click in this Button in the Edit Mode, Blender will present you with the standard message for modifiers Modifiers Cannot be applied in Edit Mode.

Clicking in this Button will make Blender copy the Modifier giving it a dot and a numeric suffix using three digits with a counter starting from 001 (Eg. Boolean.001).

The modified mesh is subtracted from the target mesh.

The target mesh is added to the modified mesh.

The target mesh is subtracted from the modified mesh.

Object
The name of the target object. Must be a mesh.

The only exception is the difference operation when the normals of the target and modified mesh are inverted (Fig 7 and 8). In this case, Blender will project the textures in an inverted direction over the target using the center contact of the meshes as a pivot and the resulting mesh will have the modified mesh subtracted from the target. For complex target meshes in some particular cases, you may have to reassign materials to faces because Blender will use the possible projection, and this may result in a sub-optimal texture assignement.

Below, some examples are shown to exemplify how materials work with the Boolean modifier, we took the cube as the modified mesh, the icosphere as the target with one material (white). We added 4 different indexes to one of the faces of the cube, leaving another basic material in the other faces. In the Fig. 3 - Cube with Multi-Material Mesh (modified) and Icosphere (target) with basic material - Shows how the Boolean modifier interacts with the materials. Fig. 4, 5 and 6 are showing three different boolean operations applied to the modified mesh. The meshes used are with normals pointed outwards (Normal meshes). See their captions for more information. 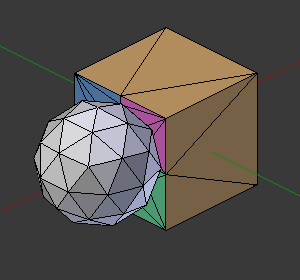 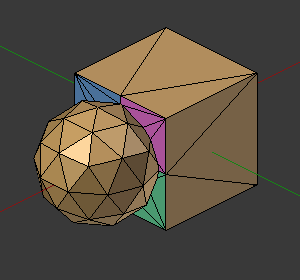 Fig. 4 - Union - The first active Material of the Cube is added to the new topology, other materials remains in the old topology 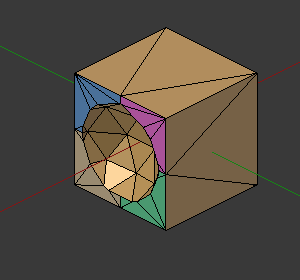 Fig. 5 - Difference - The Icosphere was subtracted from the cube, the new topology has received the first active Material of the Cube 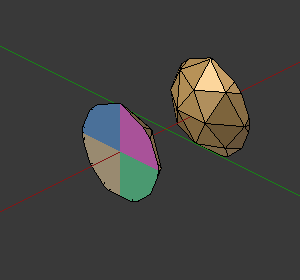 Fig. 6 - Intersect - The resulting Mesh was copied and rotated 180° - You can see the first active material of the cube in the back face (new topology), the front face received the 4 basic materials of the cube. 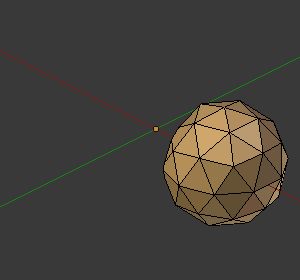 Fig. 7 - Front of the target with the modified mesh materials 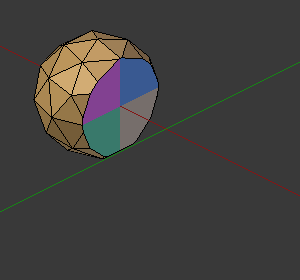 Fig. 8 - Back of the target with the modified mesh materials

When you map UV Images to your target, Blender will add a map for each of the faces of the target. When you apply the Boolean modifier, Blender will follow the UV maps already assigned to the faces of the target topology that will be the resulting of the operation in the modified mesh. Blender will also use the same image mapped to the target faces in the modified mesh. But be aware that depending on your UV scheme (the way you have assigned textures to the faces during the UV unwrap), and the complexity of your meshes, the maps may not result in perfectly mapped UVs !

Below we have four Images, a UV sphere Mapped with a grid test tinted in Blue and other face tinted in purple, the faces of the cube tinted in a light orange and the other faces using the normal test grid. Fig. 9 - shows the operation at the start (difference), and on the right, (Fig. 10) the resulting mesh. In Fig. 11 and 12 we show the unwrap in Blender UV/Image Editor Window. 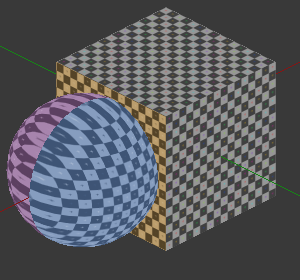 Fig. 9 - A UV Sphere and a Cube with different UV Maps 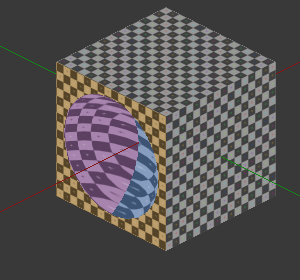 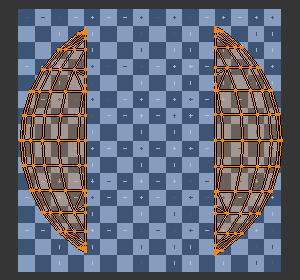 Fig. 12 - New topology mapped and UV faces assigned, we have another image assigned to the purple tinted faces.

Also, if some other modifiers are placed above this modifier and you click in apply, Blender will warn you with the message "Applied Modifier was not first, results may not be as expected" . The best usage scenario for this modifier is to prepare your modified mesh and target to work with the boolean modifier.

When the Boolean modifier is the first of the stack and is applied, the other Modifiers will act over the resulting meshes using the resulting topology and will remain in the modifiers stack.

Below are two images; one with the subsurf added to the target (Fig. 14 ), and another with the resulting topology. (Fig. 15 ) 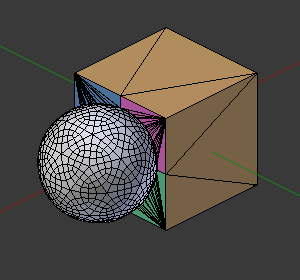 Fig. 14 - The Subsurf is only added to the target (Icosphere), not applied 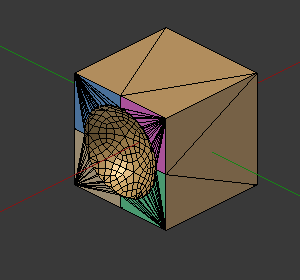 Fig. 15 - The resulting topology. The Subsurf added to the target was taken into account

The Boolean Modifier is a generating modifier, but its normal behavior is to be applied to static meshes. You can animate the target, the modified mesh or both, but the effects will only be visible when you render the edges of the modified mesh and the target to the final image or using recorded OpenGL animations.

Be aware that other modifiers and their stack position could cause this modifier to fail in certain circumstances. Also, if you make two meshes act as a target for each other (in fact, creating a closed loop using concurrent operations), you can cause Blender to stop responding or crash.

When using the Boolean Modifier, Blender will use the face normal directions to calculate the three Boolean operations. The direction of the normals will define the result of the three available calculations (see Operations in this page), when one of the participants uses a set of inverted normals, you're in fact multiplying the operation by -1 and inverting the calculation order. You can, at any time, select your modified mesh, enter Edit Mode and flip the normals to change the behavior of the Boolean modifier. See Tips for fixing Normals in this page.

Blender also cannot perform any optimal Boolean operation when one or more of the mesh Normals of the participants that are touching has outwards/inwards normals mixed.

It means you can use the normals of the meshes pointed completely towards the inside or outside of your participants in the operation, but you cannot use at the same time for the faces being calculated by this modifier, normals pointed inwards and outwards for the faces of the topology used for calculations. In this case, Blender will enable the modifier and you may apply the modifier, but with bad to no effects. We made some examples with a cube and an icosphere showing the results. 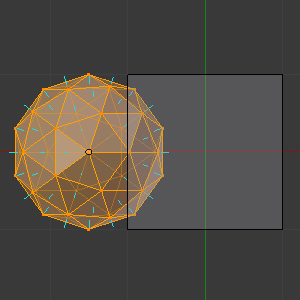 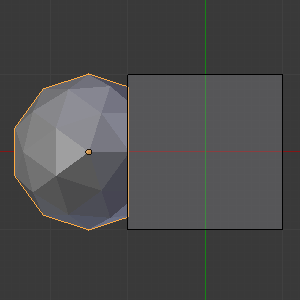 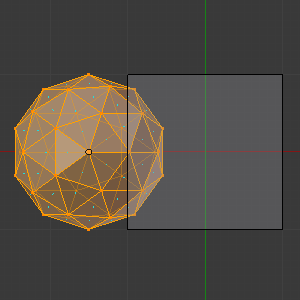 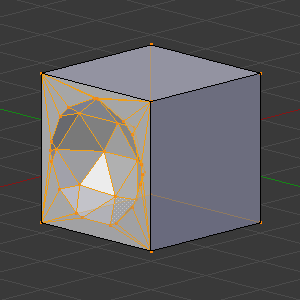 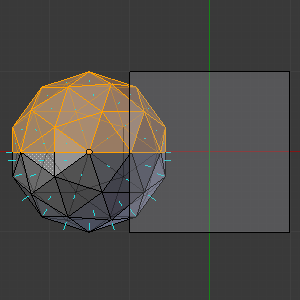 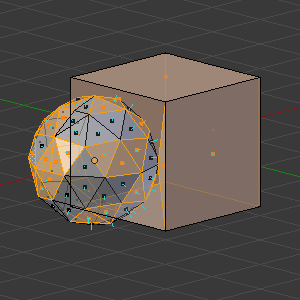 As you can see, the normal directions can be pointing to any of the Mesh sides, but can't be mixed pointing in opposite directions for the faces of the participants. The Library can't determine properly what's positive and negative for the operation, so the results will be bad or you will have no effect when using the Boolean Modifier operation. 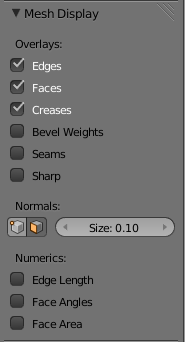 When some normals directions are mixed pointing inwards and outwards, you can recalculate them to the inside using ⇧ ShiftCtrlN and to outside using CtrlN. If the normals still get mixed due to Mesh complexities, you can change to Face selection Mode while in Edit Mode using Ctrl⇆ Tab and choosing Face Mode. Then select the faces that are pointing in the wrong direction using ⇧ ShiftRMB

and use the Mesh Menu entry in the Header of the 3D View Window, go to Normals and choose Flip Normals. (See Fig. 16 - Recalculate and Flip Normals in Mesh Menu Entry - 3D View)

This modifier doesn't work when the modified and or the target mesh uses empty faces in the topology used for calculations. If the modifier faces a situation where you have empty faces mixed with normal faces, the modifier will try, as much as possible, to connect the faces and apply the operation. For situations where you have two concurrent faces at the same position, the modifier will operate on the target mesh using both faces, but the resulting normals will get messed. To avoid duplicated faces, you can remove doubles for the vertices before recalculating the normals outside or inside. The button for remove doubles is located at the Mesh Tools Panel in the 3D View Window, while in Edit Mode.

Below we show an example of meshes with open faces mixed with normal faces being used to create a new topology. In this example, a difference between the cube and the icosphere is applied, but Blender connected a copy of the icosphere to the Cube mesh trying to apply what was possible. 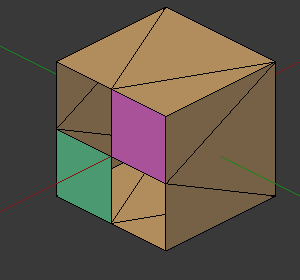 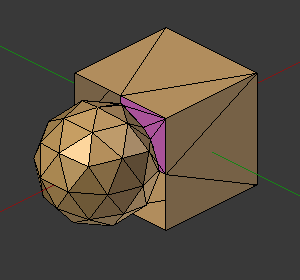 Fig. 25 - Result of a difference operation applied - Blender connected what was possible.

The Boolean modifier permits you to use open meshes or non closed volumes (not open faces).

When using open meshes or non closed volumes, the Boolean modifier won't perform any operation in faces that doesn't create a new topology filled with faces using the faces of the target. 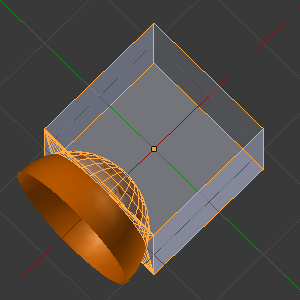 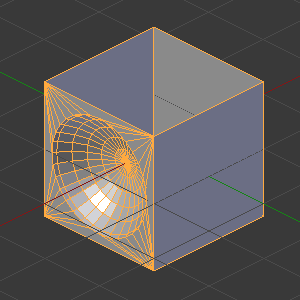 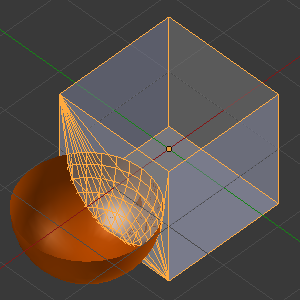 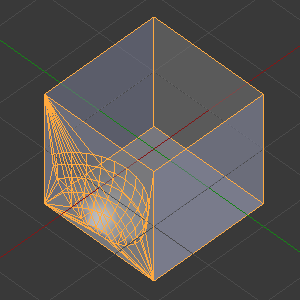 As you can see in Fig. 28 and 29 - The faces of one participant in the Boolean operation gives incomplete information to the modifier, the result is shown in Fig. 20 - Resulting operation using two open volumes that aren't performing a new topology. The resulting edges get messy and there is not enough information to create faces for the resulting Mesh. Also, the example uses a Smooth shaded UVsphere half cutted, the shading doesn't affect the calculations.

Since version 2.62, Blender uses a new Library, the Carve library, which should give much improved results. This library is more stable and faster, resolving old well-known limitations of our previous library.

The general workflow and options available in the user interface are unchanged, usually the modifier will simply run faster and produces a better output mesh. However there are also some changes in behavior. In particular, Carve will perform boolean operation only if the intersection of two meshes is a closed loop of edges.