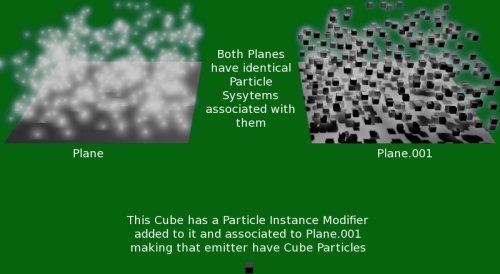 Here is a brief explanation of the various terms and definition used in relation to particles and the ParticleInstance modifier: 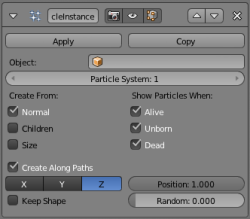 Size
Scale the instanced objects by the particle size attribute. When this is disabled, all the copies appear the same size as the origin.

Create Along Paths
This option tries to make the underlying mesh object of the Particle Instance modifier deform its mesh shape in such a way as to try and match the path traveled by the particles/hair strands of the system associated with it.
For example, below is a screen shot showing the path of a single keyed particle as it travels its way through each of the different way points 1 to 4 (target particle systems), when it reaches way point 4 the particle dies and ends its journey.

X,Y,X Rotation Axis
Specify which pole axis to use for the rotation.
Keep Shape
Enabling this prevents the object from being deformed. It instead simply aligns to the end of the path at the object's center.
Position
Specify what percentage of the path the object fills. You could create a growing effect by animating this value over time.
Random
Scales the position value of each instance a random value. 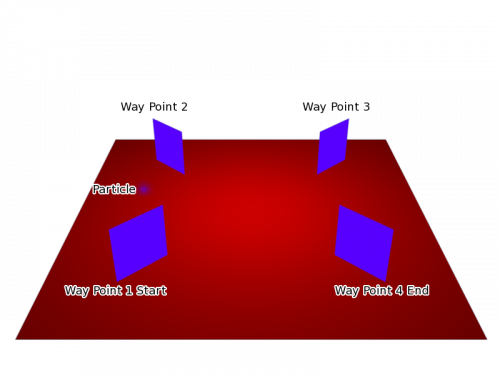 When a ParticleInstance modifier is added to a cylinder object and then associated with the way point particle system, the particle position is copied by the cylinder and placed at the particles position. So the mesh object follows the location of the particle. The cylinder does not alter any of its other properties when following the particle, only the cylinders location gets altered, shape and rotation do not get altered. See screenshot below: 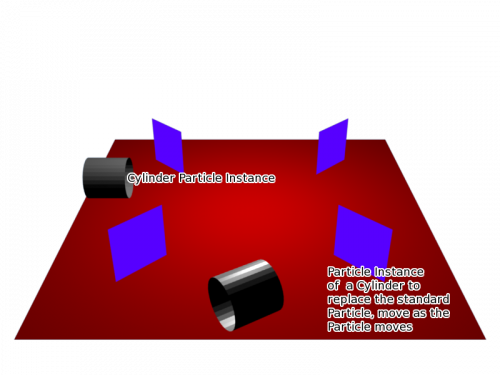 Both of the above examples had the ParticleInstance modifier Path button deactivated.
When the Path button is activated the effect can be seen in the screenshot below: 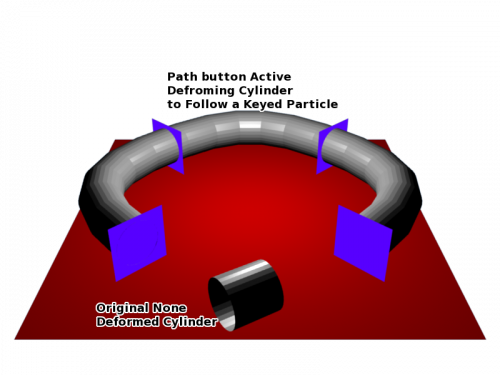 Once all the extra edge loops around cylinder are removed so that there is only the top and bottom vertices left, meaning that the cylinder doesn’t have enough geometry to bend, in that case it cannot follow the path of the particle, so it just goes from the start way point 1 to the ending way point 4.
The ParticleInstance modifier Path button works for hair (strand) particles as well as with keyed particles. In this case the mesh of the ParticleInstance modifier will follow the length and profile of the hair strands paths.
Below is a screenshot showing the effect of the Path button on hair: 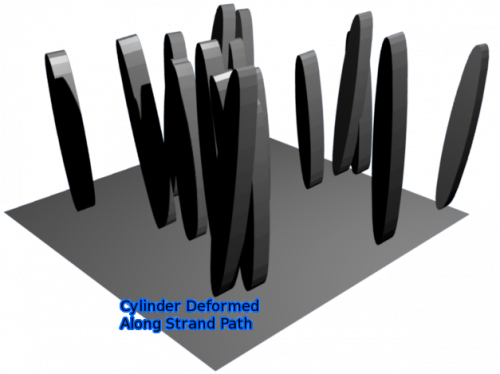 Strand with a ParticleInstance modifier associated with it and deforming the cylinder along the hair profile.
Example Blend file