The Action constraint is powerful. It allows you control an Action using the transformations of another object.

The underlying idea of the Action constraint is very similar to the one behind the Drivers, except that the former uses a whole action (i.e. a bunch a Fcurves of the same type), while the latter controls a single Fcurve of their “owner”…

Note that even if the constraint accepts the Mesh action type, only the Object, Pose and Constraint types are really working, as constraints can only affect objects' or bones' transform properties, and not meshes’ shapes… . Also note that only the object transformation (location, rotation, scale) is affected by the action, if the action contains keyframes for other properties they are ignored, as constraints do not influence those. 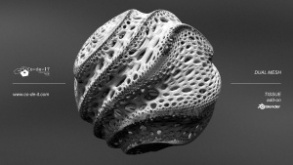 Target
This constraint uses one target, and is not functional (red state) when it has none.

Bone
When target is an armature object, use this field to select the target bone.

Transform Channel
This drop-down list controls which transform property (location, rotation or scale along/around one of its axes) from the target to use as “action driver”.

Target Space
This constraint allows you to choose in which space to evaluate its target’s transform properties.

To Action
Select the name of the action you want to use.

Even though it might not be in red state (UI refresh problems…), this constraint is obviously not functional when this field does not contain a valid action.

Object Action
Bones only, when enabled, this option will make the constrained bone use the “object” part of the linked action, instead of the “same-named pose” part. This allows you to apply the action of an object to a bone.

Target Range Min/Max
The lower and upper bounds of the driving transform property value.
By default, both values are set to 0.0

Action Range Start/End
The starting and ending frames of the action to be mapped.
Note that: